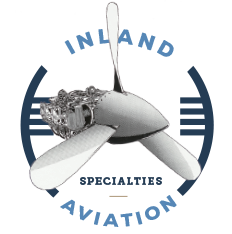 This month’s topic is one that has always made my blood boil. It’s a saying that is like a crutch to excuse the inabilities of someone when it comes to describing a tragedy that was borne from the poor judgment or inexperience of that person, whether the incident occurred on the road or in the air. Don’t misconstrue my point here, any accident fatal or otherwise, is a tragedy. But, most of the time, these incidences can be avoided if the person sitting in the operator’s seat, had better judgment or more experience. It’s like the liberal mantra that guns kill people. Regardless of which side of the aisle you’re on, guns don’t kill people, people kill people. The same for speed. Speed doesn’t kill, lack of skill, incompetence and inexperience is what kills people.  Driving too fast is a matter of opinion. I drive fast compared to my wife. Shoot, I drive fast compared to a lot of people. But, that doesn’t necessarily make me unsafe. I do drive the speed limit most of the time, but others, and it depends on a lot of variables, I will exceed the posted speed limit. I don’t mind getting behind another driver whom is driving at the posted speed limit. Provided he/she is in the proper lane if there are multiple traffic lanes. Remember, “Slower Traffic Keep Right”. I do not care for the folks who feel the need to regulate the rest of us who wish to break the law and drive faster than they are, regardless of their speed. If you’re going the speed limit, and I don’t want to, let me go by, and don’t speed up. That just pisses me off, and that kind of behavior, could get you killed in these parts. Not by me, I’ll get around you at some point just by pure skill, but others in this part of Idaho have been known to strongly let you know that your behavior is unacceptable and that you’re asking for trouble and are more than obliged to give it to you. Other parts of the country are well known for this phenomenon we know all too well as “Road Rage”. The road is not the place for games. The same could be said about flying, although 99.9% of the time it’s fatal. We’ll discuss the ground bound mode of transportation first, and then we’ll explore “air speed”.

Driving fast is more than just burying your right foot on that long skinny pedal on the right side of the floorboard and hanging on. Unless you’re a fugitive in a car chase and you’re trying to outrun the cops. There is a time and place for it and speed is something that needs to be respected. There is more to driving fast than just driving fast. I drive at a speed I’m comfortable at, based on the road and/or weather conditions, the condition of my tires, the abilities of my equipment, my skill level and my training. Sometimes, I don’t drive fast at all. Sometimes I’m the slowest guy on the road and there is usually a good reason for it. Let’s break down and analyze each attribute mentioned above and you can rate yourself to see how you stack up. First, a couple of ground rules. Number 1; Very rarely do I listen to the radio while I’m driving. Only when I’m on the open road on a cross country highway and there are no “hazards” to deal with. Plus, I like to hear things. Like the engine. The sound the tires make on the road. Or any unusual noises. Number 2; I don’t use the cell phone. Unlike most people, I can easily drive and carry on a conversation with someone on the phone, or in the seat next to me, but I don’t, because it’s a distraction. If I do get a call, I usually don’t hear it anyway, and if it’s that important, they can leave a message and I’ll get back to them at the next scheduled stop. Number 3; On the Highway or open road, or any multiple lane road, I drive in the Right lane. If I’m approaching a vehicle that is slower than me, I push the turn signal stalk down, and go around them. Once I’m passed them and a safe distance ahead, I signal and get back into the Right lane. That’s the law. Remember, “Keep Right Except to Pass”. I’m very disciplined when it comes to driving. But, I lack any tolerance for ignorance, inexperience and stupidity of other drivers.

Road racing is an experience like no other when it comes to driving fast and in control. Driving on the freeway three feet from the guy in the lane next to you seems like he’s a mile away when you compare it to driving an open wheel car with less than a foot between you and a fellow competitor. Sometimes we would experience some contact by rubbing tires or bump each other’s car nose to tail. This is a very intense activity, and you tend to cut seat grommets the size of donuts with your sphincter, because all of this is happening at 100+ MPH. Now, that’s entertainment sports fans. I learned to anticipate what the other drivers were going to do before they even knew they were going to do it. When you drive with the same bunch of guys all of the time, you get to know their individual idiosyncrasies. For example, one competitor would always back off the throttle at the same brake marker entering turn 9 of RIR. In the FV, your right foot is locked to the floor from the exit of turn 7B or 8 all the way until the transition between turn 5 and 6. When I would get behind this guy, I would “draft” him all the way down the back stretch and just before that brake marker, I would slowly back off from his rear bumper. As soon as he backed out of it, and because this is racing, I would take advantage of his momentary lack of confidence, and stomp on the gas pedal. While still in the effect of the draft, I could literally “slingshot” around him on the outside. Timing was key in this maneuver, and it worked just about every time. I must confess though, that during my driving school, I was fortunate enough to have a FV driver as my instructor. He was adamant about driving full throttle through turn 9. “I  know your car will do it” he’d say. Maybe so, but I couldn’t. This was something I couldn’t do for the first ten or so laps, as I thought he was freakin’ crazy, and I was going to firmly plant myself into the wall of turn 9. Once I was able to accomplish this and got comfortable with the fact that I could steer the car through turn 9 at full throttle and stay on the track, I found myself looking for more throttle. Again, this is a very intense activity, and there is no room for error. Don’t let your mind wander or you’ll make a possible deadly mistake, and will be leaving the track in an Ambulance. If you’re lucky.

So, with all of that said, when I’m cruising down the freeway at 70 MPH, three feet away from the car beside me, I’m aware of the car and the distance between us, but I’m not nervous or worried. I watch the distance between the tires and the lane dividing line, and if the gap gets smaller, I can pretty much guess that that guy’s going to make a lane change before he knows he is. If you’re riding a motorcycle, possessing this instinct is crucial to your survival amongst all of the cars and trucks within your close proximity. I’m also scanning the instruments in the panel/dashboard, and constantly checking my mirrors and the lanes on either side of me, in case I have to make some sort of evasive maneuver to avoid an incident or an accident. Plus, I’m watching traffic way ahead of me. And, the faster traffic moves, the farther ahead I look. This technique works very well when navigating curves in the road. If you look way ahead of the turn, say 700 ft. or so, your “minds eye” will allow you to drive through the turn smoothly without the tendency to “square off” the turn. If you look, say only about 100 feet in front of your vehicle, you will square off the curve every time, guaranteed. A good rule of thumb for this distance per speed ratio is 100 feet for every 10 MPH. So, at 70 MPH, you should be looking at least 700 feet down the road in front of you if not more. Having driven on the Autobahn in Germany, I can tell you that the level of intensity there is almost the same as being on the race track. You’re travelling at a high rate of speed and it’s imperative that you stay on your toes, “Keep Right Except to Pass”, keep your eyes in the mirror and employ some discipline. If you don’t, you will get run over by some guy in a Porsche, a Mercedes, or an Audi travelling the open road speed limit of 150 MPH. (This is of course if you’re not one of the fastest cars on this legendary interstate system). This scenario is really no different than driving in a SCCA sanctioned event with other faster classes of cars on the track at the same time as you in your FV. Driving that 2012 Mercedes-Benz E220 four cylinder turbo-diesel station wagon rental car, was a true driving experience I will never forget. It accelerated quickly, it got nearly 36 MPG at Autobahn speeds, it had room for all of our luggage and souvenirs, but most of all, it was fast. It was governed at 156 MPH though. (Don’t ask me how I know this. It should be obvious by now). It also handled very well on the Nürburgring. (Don’t ask how I know this either). I was very comfortable at the speeds the Autobahn is famous for. Why, because of, you guessed it, my experience on the race track. As with everything in life, there is no substitute for experience. If you have the skills and the experience, and everything else being equal, you shouldn’t become a traffic statistic by being killed by speed.

So, how do you think you did? Be honest. Do you loiter in the passing lane? Do you drive looking directly in front of your vehicle? Do your headlights need a burned out bulb replaced or do they need to be adjusted? How about the condition of your vehicle or the tires? Is your equipment up to the task at hand? How about your attitude or demeanor? Do you notice frozen standing water on the side of the road? Are you distracted by the radio or by talking or texting on your cell phone? Most people that read this are probably guilty of some if not all of the above negative habits mentioned and don’t know most of the tips and tricks I discussed, and that’s fine. The take-away here, is that I hope you learned something from this month’s article that will make you a better and safer driver on the road, at any speed.

Next time we’ll explore the aspects of speed of our aircraft and its relation to the air and the affects speed has on the different components of the aircraft at elevated speeds. Until then, happy motoring.